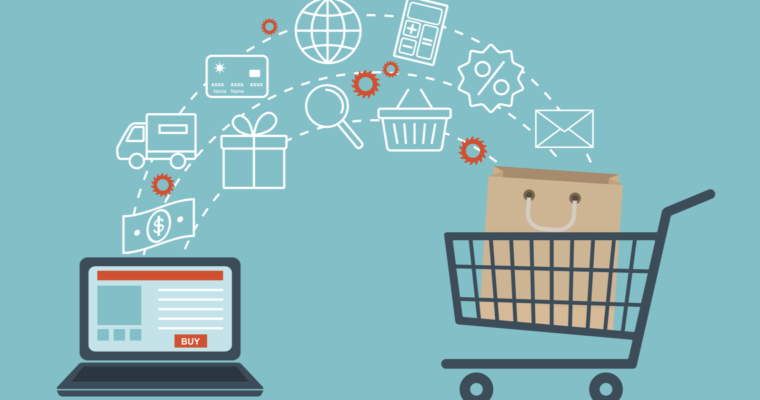 India’s e-retail market rose to approximately $40 billion in 2021 and is slated to reach $50 billion in 2022 India’s e-retail market is estimated to increase to $150 billion–$170 billion by 2027. This implies that 25 per cent–30 per cent annual growth and a doubling of market penetration to 9 per cent–10 per cent over the next five years, according to a report by consulting firm Bain & Company made in collaboration.

The report titled ‘How India Shops Online 2022’, said that India is well poised to surpass the US to have the second-largest shopper base (only behind China) in the next one to two years. Shopper addition will continue to be at the heart of future e-retail growth. India’s online shopper base is estimated to increase to 400–450 million by 2027, according to the report. Most of these shoppers are already in the digital funnel—450–500 million used social media while only 180–190 million shopped online in 2021.

“The Covid-19 pandemic has been a crucible moment for online retail in India. The pandemic has induced hypergrowth and a 12-month acceleration in market penetration.

said the report. “India currently has the third-largest shopper base globally, with 180–190 million online shoppers in 2021.” India’s e-retail market rose to approximately $40 billion in 2021 and is slated to reach $50 billion in 2022. India has robust fundamentals supporting a continued boom India’s substantial online consumer base and retail market (third largest globally) already make it an incredibly attractive e-retail market. Massive headroom in terms of smartphone penetration (36 per cent in India vs. 63 per cent in China and 76 per cent in the US) and affluence ($2,000 per capita in India vs. $12,000 in China and $69,000 in the US), in addition to already low data prices, provide the perfect ingredients for sustained growth Rising affluence will fuel consumption and increase spending per shopper,” said the report. “Although the current inflationary environment might prove to be a short-term headwind for the market, these structural drivers will ensure healthy growth in the medium to long term.

The category mix of online purchases will also evolve. Historically, categories such as mobile phones, electronics, and appliances have accounted for the lion’s share of the e-retail market.

This will change over the next five years. Fashion, general merchandise categories (including personal care), and grocery have the highest penetration headroom (vs. mature markets) and will therefore fuel growth. These categories will cumulatively account for as much as two-thirds of the e-retail market by 2027 In 2021 alone, between 40 and 50 million new shoppers were added to the India e-retail market, which is approximately 30 per cent–35 per cent growth over the online shopper base in 2020. These new shoppers largely belong to tier-3 or smaller cities and include Gen Z—which will become a critical cohort in the future. They primarily purchase fashion as the first category online, and they typically start buying at entry price points The existing shopper base is simultaneously maturing. Overall engagement on retail platforms is increasing. The percentage of daily active users to monthly active users has risen to more than 25 per cent in 2021, from 18 per cent to 20 per cent in 2019. Consumers now spend 20 per cent more time per month on a retail platform, vs. last year.

Sustained e-retail growth has been accompanied by tremendous growth in the supplier and logistics ecosystem. India’s online seller base has grown 35 per cent annually over the past year, with approximately 40 per cent of new sellers coming from tier-2 or smaller cities. In addition, growth in e-retail shipments has enabled the development of a deep and efficient logistics network. Accompanied by technological advances, e-retail has seen a steady year-over-year decline in cost per shipment by 7 per cent–9 per cent per annum from 2018 to 2021. Reach has widened significantly—e-retail is accessible in 99 per cent of India’s pin codes The report said that the government is also playing a critical role in democratising e-retail for India through the creation of the Open Network for Digital Commerce (ONDC). ONDC aims to create an interoperable network for digital commerce akin to Unified Payment Interface (UPI) network for payments. Although a nascent initiative, its successful and full-scale execution could provide a fillip to the Indian e-retail ecosystem.