Moonlighting gets government thumbs up 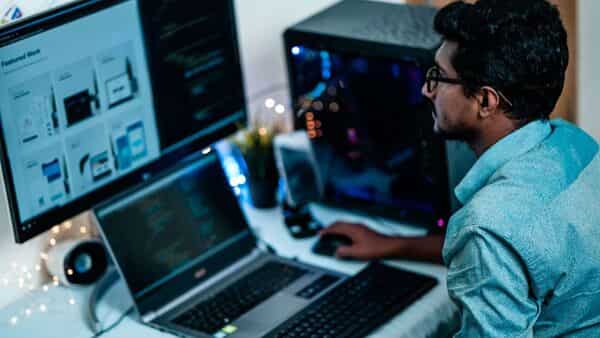 New Delhi Companies that try to prevent employees from working on their own startups or consulting for other firms are undertaking a “doomed-to-fail exercise”, said Minister of State for Electronics and IT Rajeev Chandrasekhar, referring to the controversial issue of moonlighting.

Chandrasekhar was speaking to ET on the sidelines of the ninth annual forum of the Public Affairs Forum of India. Moonlighting refers to pursuing more than one job at a time and remote working has helped employees take up this option.

Software companies need to understand the change in the mentality of their young employees, who have been”bit by the entrepreneurial bug,” he said.

Moonlighting represents two very significant phenomena. One is the entrepreneurial bug that has bitten every techie. The second is talent deficit or the demand for talent. For a company to forbid a young engineer from dabbling in a startup or trying to police them from that…they do not understand the change in the model,” Chandrasekhar told

Technology and software companies in India are split on whether to allow their employees to moonlight for other companies while still being on their payrolls.

While some new-age startups such as Swiggy have announced a comprehensive policy around this phenomenon, legacy software companies have largely expressed their displeasure. ET reported earlier this week that Wipro had fired 300 employees who were moonlighting for its direct competitors, while Infosys has said the practice violates its code of conduct and employees could be sacked for doing so.

Wipro executive chairman Rishad Premji told ET that moonlighting was a “complete violation of integrity in its deepest form.

There is no space for someone to work for Wipro and its competitor x, y or z. They (the competitor companies) would feel exactly the same way if they discovered it. So, I stand by what I said, that it is a violation of integrity if any employee is moonlighting in any way, shape, or form,” Premji had said.

On Friday, Chandrasekhar, while agreeing that employees who had contractual obligations must follow the contract and not violate the law, also said that most tech company employees were becoming “tech entrepreneurs” themselves.

They (employees) want to monetise, develop and demonstrate and achieve multiple things with their skills. I am recommending strongly to the industry that ‘do not try and suppress that’ because it is an idea whose time has come. It is like suppressing the power to think,” Chandrasekhar said.

On criticism of the government’s production-linked incentive scheme for the mobile phone sector by former Reserve Bank of India governor Raghuram Rajan, Chandrasekhar said the PLI scheme was not only intended to improve the supply of domestic electronics goods, but was also trying to create an ecosystem that would be self-sustaining in the long run.